So, I am a bit late showing you these as we are well into August already, but July was kind of crazy busy and I absolutely had to show you these goodies anyways even though it’s a bit late. I recieved a lot of stuff I ordered the month before (shipping takes so long when you live north of the wall. I don’t know, maybe the parcels travel with reindeer sleds). So, I have a lot of palettes to show you guys!

I decided to try the brand Focallure. I have heard many good things and they are very affordable. Good and affordable is my jam so I picked up no less then 5 palettes. Three of the travel palettes: Perth, Turkey and Paris. I also picked up the Morphe X Jacklyn Hill palette dupe Endless Posabilities and the Huda Beauty New Nude Dupe called Sunrise. I hve my fingres crossed they perform well!

Also, the three new palettes from Makeup Revolution with animal prints was for some reason irresistable to me. But they look so fun, and based on the quick finger swatches I did they seem promising! They are called Courage (cheetah print), Fierce (tiger print) and Integirty (zebra print).

Well, that was not the only things I picked up from Makeup Revolution. I also got three of their new Blusher Reloaded blushers in the shades Ballerina, Pop My Cherry and Peach Bliss. I also decided to test out the Revolution Pro Pigment Pomades that I have been wanting to test and review for you guys for a while. Keeping my fingers crossed they are good. The shades are Hot Pink, Trendy Turquois and Paper White.

Also Jeffree Star released what I may think is his most exciting palette so far. A fun and a bit different rainbow palette with the Jeffree Star formula. Yes, please! Meet the Jawbreaker palette.

I can’t believe I picked up two Huda Beauty New Nudes dupe palette in one month! But  Revolution Pro (yes, I realize now how much I picked up from the revolution brands) released the New Naturals palette. Another shameless dupe. I don’t have the Huda Beauty original, but I was thinking about doing a “battle of the dupes” just seeing which one of the dupes are the better palette. Within the collection they had some other nice stuff and I got the Glow Goddess Primer and two of their matte lipsticks in the shades “Cashmere” and “Velvet”.

The Kaleidos brand is also a new encounter, but I have heard nothing but good things about the Deepsea Luster palette, and look how incredible it looks! I mean, there are some really nice shifts in these shades so I am sure this one will be fun to play with! 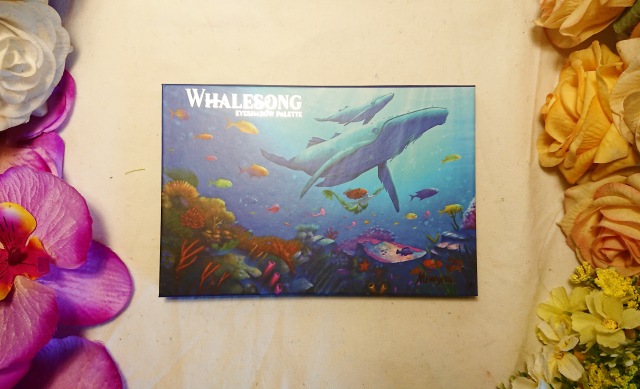 Whale Song is a palette I have been waiting and waiting for. Already when I saw the front of the packaging way back before it was released, before it was decided that it would not be released after all, and before they finally (and luckily) decided that they would make it anyway I knew I needed this palette in my life. Just for the name, just for the whales. Have you ever heard whales sing? It’s incredible, and I had to pick this up just because it reminds me of some of my close-up whale encounters. Also, does not hurt that it’s blue and green!

And, there is no month without a Colourpop haul! Off course I had to add the new monochromatic palette Uh Huh Honey to my collection. Since I love the Super Shock Highlighters I picked up a new shades “Smoke N Whistles”, as well as two of the blush sticks so I can do a proper review of them (I have a total of three now).

I love Juvia’s Place palettes. I have said that so many times now it gets borderline boring. So I had to have the new Nubian 3 Coral palette. Such an unexpected color scheme but that’s what makes this so interesting to me. And I am sure the formula is bomb as usual!

I am almost done. Just one big palette left. The Limecrime 2 XL palette. It’s so incredably beautiful. This is also a new eyeshadow formula to me so I get tons of new exciting new stuff to learn about this month. So happy with all the new gems I got to add to my collection this month!

That’s all for last months hauls. Did you pick up anything exciting lately?