While hunting for a new setting spray I stumbled upon this Glow Revolution Priming and Setting Spray by Makeup Revolution and decided to give it a go.

The first thing I noticed when I got the bottle in the mail was how big it was. It’s supposed to be a face & body spray so I guess a large amount makes sense. The bottle has a metal ball in it, and you have to shake it before use. It does have quite a lot of shimmer so you do have to shake for a while to get the fluid to be even. 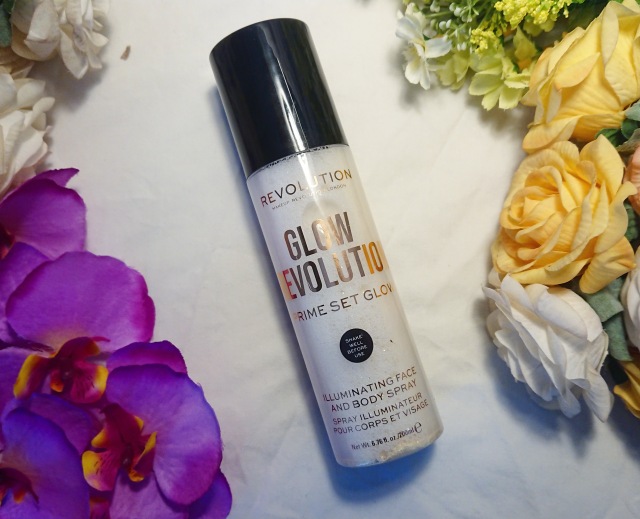 The first way I tried it was as a glowy setting spray. The spritzer is nice and distribute the mist evenly. Not the finest mist, but good enough to get an even application. But when this product says glowy it means it! Honestly it made me look like a golden tin foil figure. The shimmer is so packed in this spray that it leaves a very visible golden, shimmery film on the skin. I tried applying it a second time, but this time with just a tiny amount, but the result was still too much. It simply looks like you have gold shimmer all over your face. It doesn’t give a subtle glow, it makes your whole face golden and shimmery. I think the color is not that right for me either, being it is so visible I think it would look much more flattering on medium or deeper skin tones. It was way to visible on my light skin and I can imagine fair skinned people having a similar problem. 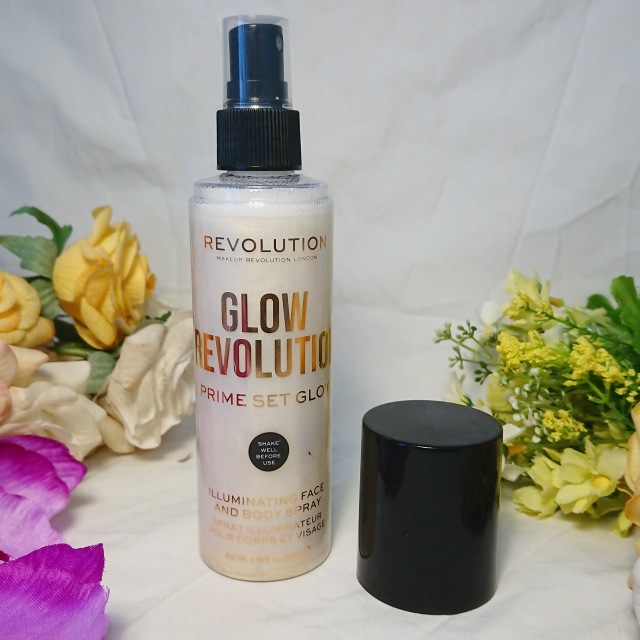 So I figured I would try it as a priming spray since it’s supposed to work like that. I like using the Cover FX drops or the Iconic London Illuminating drops as a “primer” when I want some extra glow, so I figured that even if it was too intense for me as a setting spray, it could potentially be used under my foundation. It did look better than what it did as a setting spray but the shimmer is just not finely milled enough and you end up looking very glittery still. So I much prefer the highlighter drops, because even though they are intense the pearl is so finely milled it looks like glow and not glitter. This one just does not compare.

Final way of testing it was as a body spray. This is probably my way to finish this. It looks nice sprayed over your legs if you re wearing a skirt or a dress for instance. So I guess there is some way for me to use it (the 2 times a year I wear a skirt/dress). I would not recommend it though. This one is just too much, so unless you are actually looking for a body spray with an intense glow I would stay clear of this.