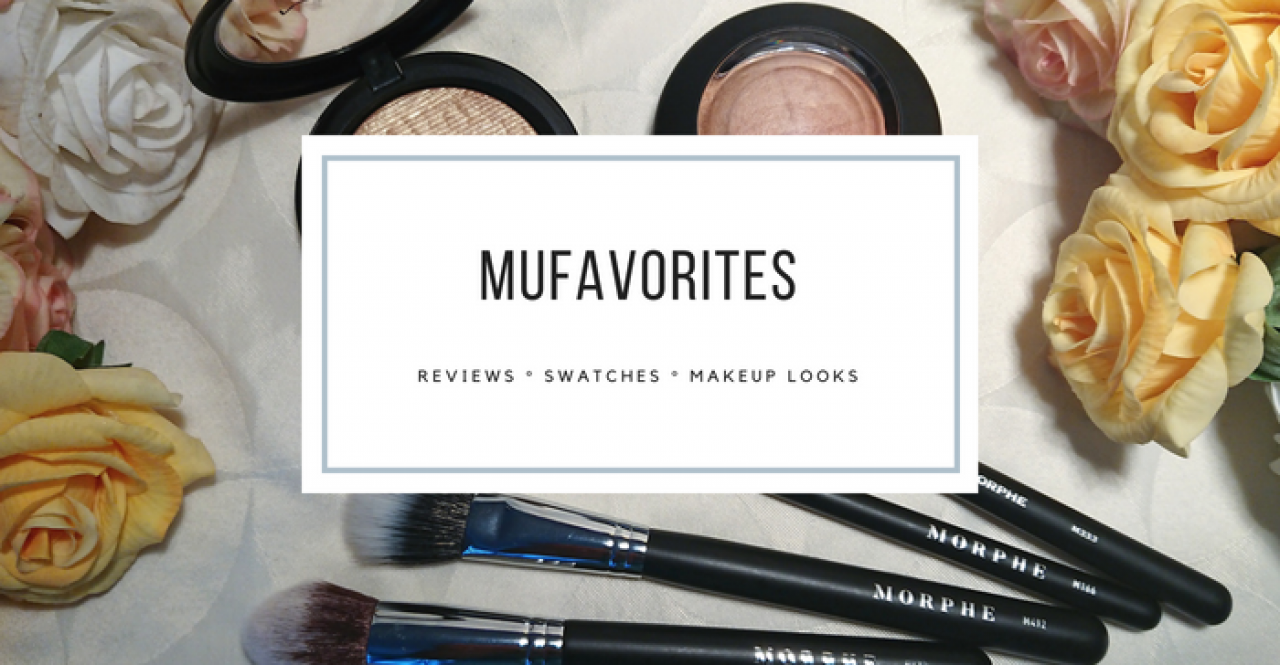 I know I am late to the party here and should have maybe reviewed the second edition palette, but since I got this not too long ago I figured I would give this a try first. Besides I wanted to test this out and see if the second edition was worth picking up. I’ve only tried one eyeshadow palette by Makeup Revolution (now Revolution PRO) before so I didn’t have much experience with their eyeshadows before diving into this, but I’ve heard so much raving about this and expected it to be good! 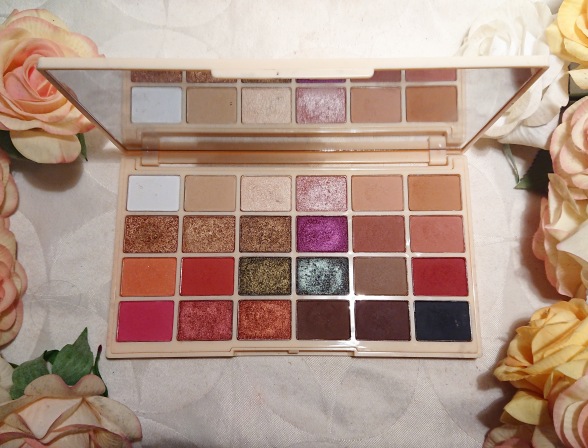 The color selection is nice for everyday looks. There are tons of neutrals in the palette with a nice range of base colors, transition shades and shades to deepen the look. There is a good mixture of shimmers and mattes with the mattes being the majority (which I like) and a few pops of color there as well. The composition is nice I think, and especially the price considered this is a very good option for an everyday palette.

However, when I got around to swatch the shades I was disappointed! The shadows are chalky, and not really that pigmented. Especially the darker matte shades were so hard to make swatches of, they just applied dusty and patchy and I was starting to fear that this palette would end with disappointment. Then I remember when using the Life on The Dance Floor Guest List palette from Makeup Revolutions previous Christmas collection that palette didn’t swatch too good either but I was pleased with the looks I got with it still (you can read a full review of the palette here, but unfortunately you can’t get it anymore).

As you can probably tell by the swatches especially the darker shades are a bit patchy. And to be fair I really tried to bring out the colors as much as possible. I like doing arm swatches like that. I don’t use a primer or a damp brush, but I do try to build up the color so you can see its full potential. If it applies well or not on the eyes is a different story. On my swatches I just want to show off the color you can build it up to. The darker shades could have been a bit darker and more intense as you can tell, but on the eyes they are not that bad.

After using the eyeshadows on my eyes my attitude towards this palette was much more positive. Not to toot my own horn too much but I was actually quite happy with some of the looks I made with it. So I absolutely found it possible to do satisfying looks with it, which in the end is what is most important.

The quality is not the best though. But, by far not as bad as i was afraid off when swatching. In short terms they are very powdery and dusty, so you get a bit off kickback and the darker shades and especially the shimmery berry shade, shimmery green and brown-teal duochrome gives quite a bit of fallout. I would recommend doing eyes first with this palette unless you are going for the really neutral eye look. 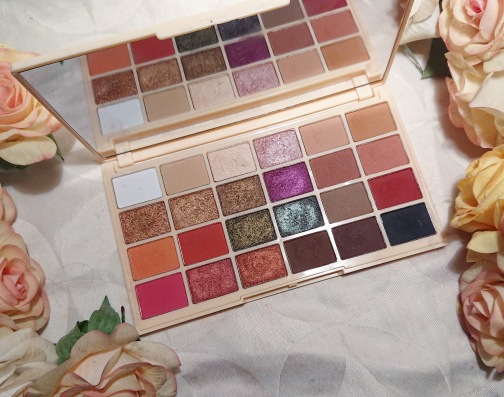 I also found that the shimmers absolutely need a damp brush to work to my satisfaction. If you like a softer shimmer, you will probably be just fine, but I like to be able to get on my eyes what I see in the pan, and for that I needed to spray my brush. It’s not a big problem though since I always have a setting spray at hand when I do my makeup anyways, but it does tell you something about the quality. You simply should not need to dampen your brush with high quality products.

This is a cheap palette though. And I mean really cheap. So for that we can be a bit forgiving when it comes to fallout or some of the shades not being perfect. It still is very possible to make beautiful eye looks without major problems so I guess you kind of get what you pay for. It’s not top quality, but it’s decent and it works! 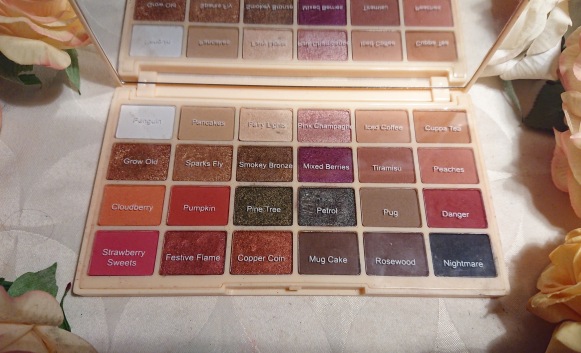 The palette is not obnoxiously big, but still holds 24 shades. There is not much waist of space in the palette. On one hand it makes it quite compact considering the amount of shades, but on the other hand it means that you get the names of the shadows on a plastic sleeve you are doomed to loose somewhere. I took a picture of it with the plastic sleeve on top so I will still have the names for the future when the slip with the names on are long gone. But the shades are very well put together I think. This is the kind of palette you really can do anything with. You can do completely neutral and you have all the basics with base colors, plenty of crease colors and a nice black. You also got pops of colors and shades in different finishes. So the color story offers a lot of variety and I don’t think you will be missing much with this. I think it is excellent especially for someone who are just starting out with makeup and needs something that offers a bit of everything. And off course you can travel with it too! 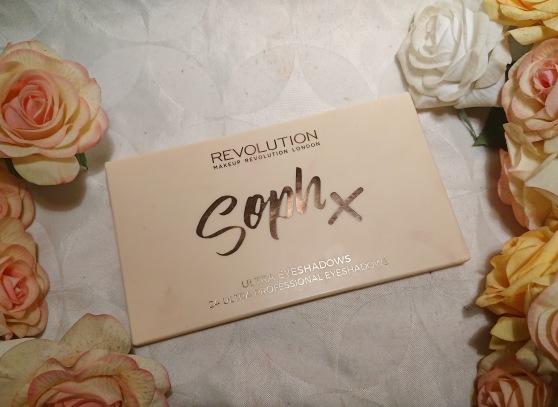 The packaging is nice I think. It does not feel or look expensive, because it is not, but it is still way nicer than that plastic packaging with a clear lid that I find to be common on cheap palettes. This looks a bit more thought through even though it’s made of cheap materials. The outer packaging is a soft touch plastic in a nice nude colors with simple rose gold letters in front. On the inside there is not much space left after the shadow were placed down, but the inside of the lid holds a decent mirror. I think it looks nice!

So is it worth it in the end? Well, to put it like this: I did buy the second one. I don’t regret buying it, because you can for sure make pretty looks with it and it has such a good price for 24 eyeshadows, but If you are used to high quality eyeshadows you will notice that these are not in the same league. They are good for their price. Even decent for a mid-priced drugstore, but it is not high end. Still, it gets the job done!

I do really like it despite it’s cons. Do you try it? Do you love it or hate it?

Remember to give me a follow on Bloglovin if you are over there!